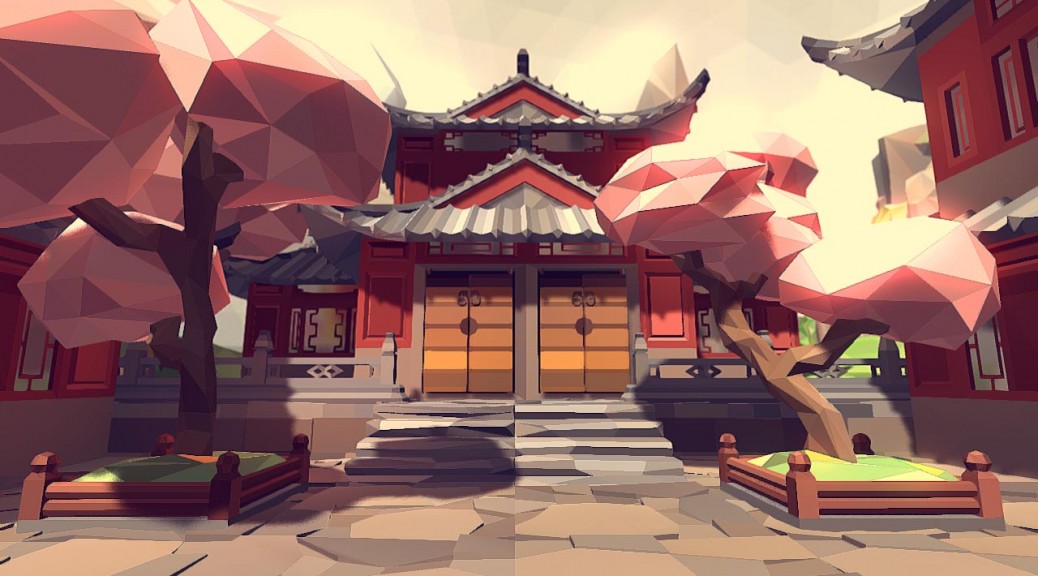 Continuing with the PolyWorld art style is the second installment of the series, “Ancient East.”

Be sure to play the Live Demo!

If you’re recoloring a mesh that was included in any of the PolyWorld packs, the target ranges are preset to make it super easy to get variation. The script detects if the mesh is a PolyWorld mesh and sets it up so you can color predetermined areas. You can still switch back to the manual color selection mode.

Recoloring a mesh converted using the Mesh Converter script? Target specific color ranges to remap and recolor live in the scene view with Modify Color. Use the color swatches to get what you want, even blend it out using each color’s alpha value.  Details and a tutorial are in Video 2:

When you’re satisfied with the palette, save it to disk so you can easily apply it to other meshes. This is really handy if you want to recolor an entire village. The brown architecture in Ancient East was colored using ModifyColor.

With SurfaceNoise, you can animate meshes to get a blowing water or cloth effect with varying intensities. 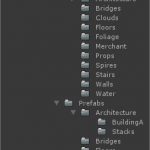 3 levels of LODs are created for all architecture and many props. Fully contructed prefabs with these LODs can be found in the Prefabs folder. There are quite a few props without LODs to be found in the Meshes folder too. 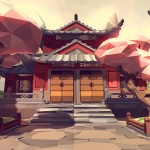 Ancient East contains architecture that harkens back to the days of medieval China. Rooflines have the iconic grey clay tiling with flared roofline corners. There are multiple architectural footprints from small, to T and L shaped. “Stacks” are used to create multiple floors as seen in the temple are in the demo. Windows have rectilinear patterns. Many buildings have heavy ornate wooden doors. Some architecture contains space for shops to sell merchant goods. 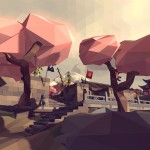 Four Cherry Blossom trees are included as well as several models of faceted bamboo. Get a lot of color variety when using ModifyColor on these.

A simple particle effect is included that spawns small triangles that spin and gently fall like flowers or leaves from the trees. 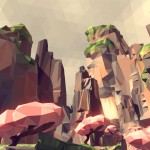 Four extremely large rock spires are included to give your scene the grandeur it demands. Move, rotate, and scale them into position. A variation of each spire with foliage is also included. 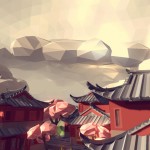 Four New Cumulus clouds have been made for Ancient East. These have more depth and shape than ones in Woodland. Place them around your scene and scale them to get a sense of scale and majesty. 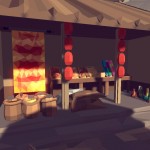 A huge variety of Merchant props are in Ancient East; bottles, textiles, grain bags, canisters, etc. Many are setup for LODs. Some architectural prefabs have alcoves for setting up shops. And don’t forget; Get more variety with the ModifyColor script! 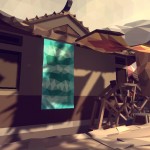 A great number of flags and tapestries are available for you to give your village class and identity. Tapestries can hang from the roofline while flags can sit upon walls and corners.

Give more character to the merchant shops with a large selection of overhangs. 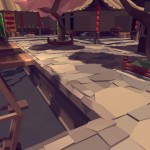 Great sets of modular floors and walls are available, all with 3 levels of LODs. A set that’s rough, old stone with two color varieties. Another set that is flat brick with broken variants.

Each color has a set of trim too. Line the paths with the trim to get a natural look. 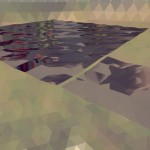 Place water where you need it. 2.5m and 10m planes of water meshes can be placed in your village to create a small pond or canal. Parent them and add the SurfaceNoise script.

Screenshots from the Demo Scene included in the Pack inside Unity 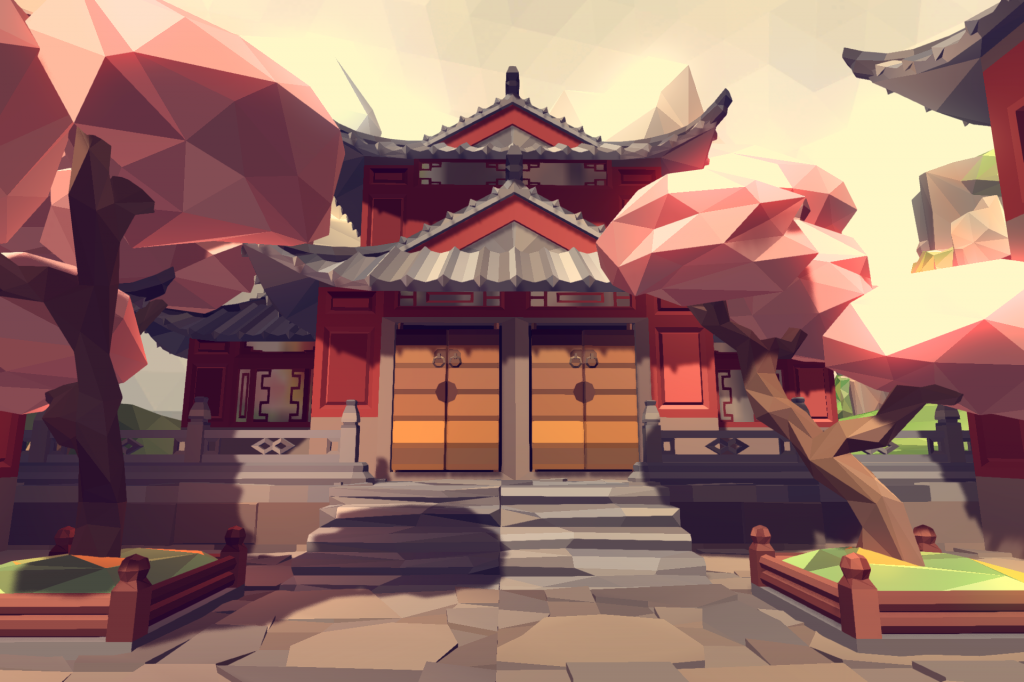 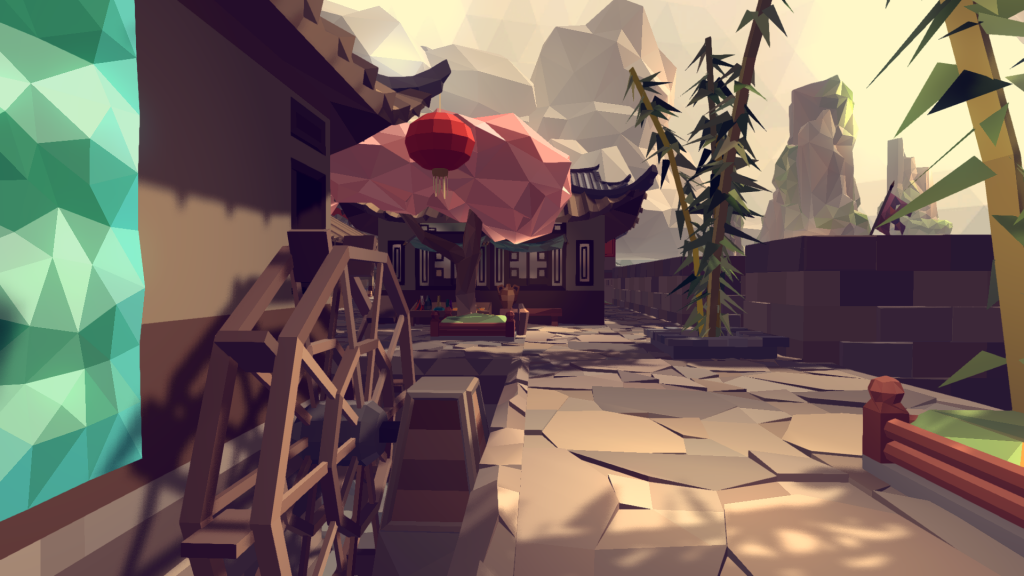 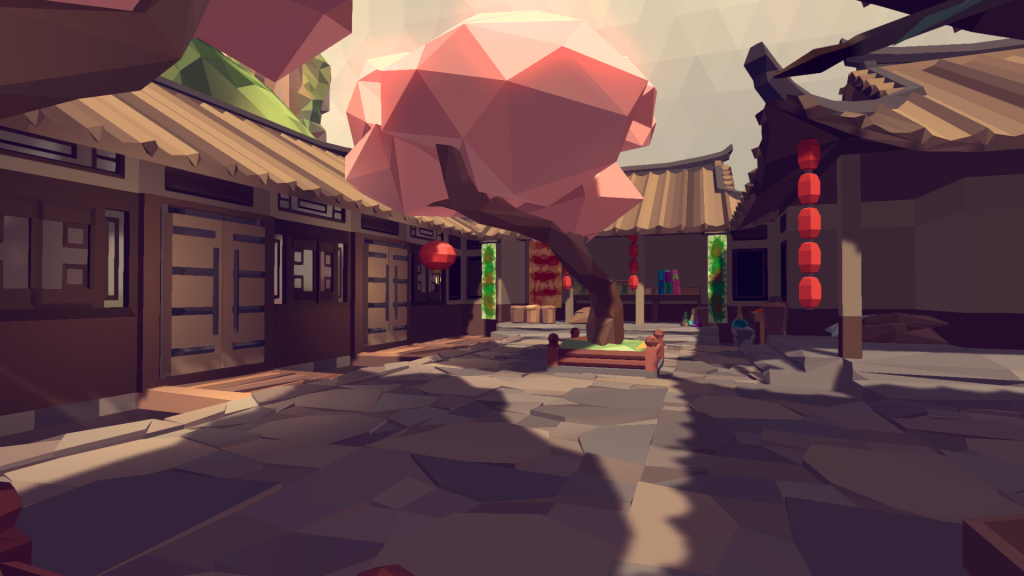 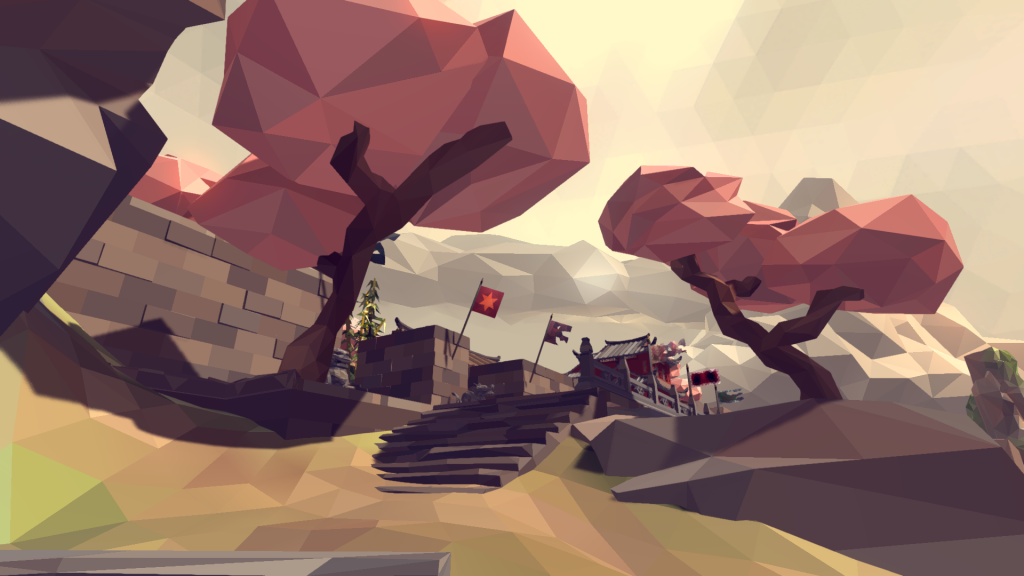