Select your Unity Terrain, then add the QT_PolyWorld Terrain component to it.

The biggest thing to understand about terrains is to use only the level of detail you need. There is no need to make terrains too big or too high detail. 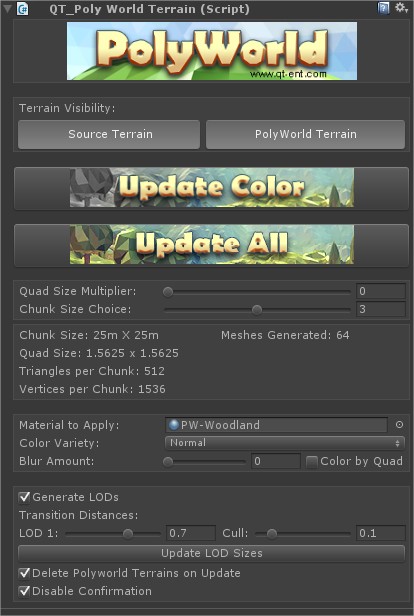 How does this terrain component differ from the old one? 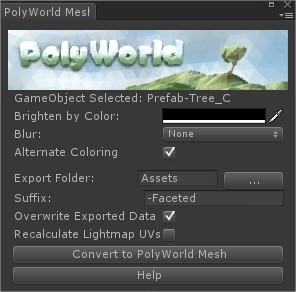 There are a few simple requirements for the mesh converter to run:

1. You must not be converting the mesh while on the iOS platform in Unity. I can’t read mipmaps under iOS’s compression scheme. Instead, make your conversion under Standalone and then switch back to continue development on iOS.

2. The mesh must be part of a prefab.

This script will take gameobjects with mesh filters you’ve selected and combine them together based on the number of unique materials it finds.

This is the Surface Noise shader!

*only in Ancient East Toolkit